stick it to the man — buy directly from luke

(Or return to the books page for the retailer links)

View cart “The Black Knight (Excalibur Knights Book Two)” has been added to your cart.
Sale!

Nate Arturi isn’t a knight in shining armor. He sure as hell isn’t a king. And the last time someone called him heroic, it was because he fetched his neighbor’s corgi off the roof. But when an ancient alien beacon awakens on Earth, sounding the call to enemies near and far, the Merlin is left with little choice. Any Knight in a Doomsday, or so the saying goes.

Now, ambushed by hulking alien brutes and tricked into accepting a foul-mouthed sword from a homeless wizard, Nate suddenly finds his senior year at Penn State slipping out of hand. But when an armada of butt-ugly troglodans and exotic gorgon killers starts raining from the sky, one thing becomes inescapably clear:

Unless he mans up and gets that damned beacon off of his planet, everything he knows is about to be burned to a crisp…

let me tell you a story, no middle man required

direct sales mean YOU PAY LESS and I MAKE MORE

via paypal and stripe 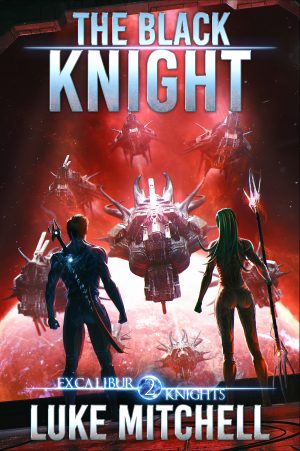